Welcome to the inaugural edition of Most Joyful Players (MJP)! Every month, a selection of WrestleJoy’s writers will bring to your their individual picks for the past month’s MJP. Some of us may find joy in violence, others in a villain getting their comeuppance and of course we will always find joy in Yano being Yano!

Gedo (CiaranRH)
Who would Frodo be without Samwise? Sherlock without Watson? Woody without Buzz? For five long months, Gedo was torn apart from his beloved Jay White, but the pair are finally reunited in the on-going G1 Climax. Every time Gedo gets to help Jay cheat there is an extra spring in his crooked step, thrilled that he can distract Jay’s opponents and the referee like he has been longing to. It simply warms my heart to hear Gedo once again screaming on the outside of the ring, “KIWI. SHOW ME THE KIWI.” I wish I loved something as much as Gedo loves the Kiwi Crusher.

John Silver (Molly Belle)
Since his debut on Being the Elite, I’m not sure anyone has made quite the impact that John Silver has. Consistently playing a major role in hilarious bits with the Dark Order, he has not only found a home on the show, he has become one of its undisputed stars. Whether he’s unsuccessfully recruiting with Alex, driving Stu and Brodie crazy, man-crushing on Wardlow, singing karaoke, or owning a dance-off, Silver has become a master of comedic timing and hilarity. He may just be a kid, but it’s glaringly obvious that “Johnny’s Hungie” for more, and so am I!

Tomohiro Ishii (Ryan Dilbert)
There is little that satiates my wrestling appetite like Tomohiro Ishii busting heads in the G1 Climax. The perennial G1 MVP is tearing it up in the grueling tourney yet again. One month in and he’s already had standout matches against Minoru Suzuki, Will Ospreay, Shingo Takagi, and Kota Ibushi. A dazed and defeated Ishii in a post-fight scrap between him and Ibushi was a most welcome bonus to it all. God bless this angry moose of a man.

Ricky Starks (Katie Rose)
Ricky Starks has been on my mind since his NWA days. His promos, in-ring work, his gear, his entrance theme – I could go on and on. Ricky just exudes confidence. His swagger and heel persona are what keeps me invested in his character on AEW Dynamite! His feud with Darby Allin has brought out magical matches that capture his unique athletic ability. It keeps me wanting and waiting for it to be Wednesday again!

Toru Yano (Caro)
Now before everyone starts grabbing their pitchforks to avenge their broken G1 brackets – hear me out! 2020 has been nothing short of a crazy and ridiculous year, but what hasn’t changed in the slightest is the unpredictable trajectory of Toru Yano’s G1 Climax record; this year just happened to be the one where he won 3 matches in a row! I can’t begin to tell you how much easier Yano has made my mornings, giving me so many laughs and funny moments with serious contenders in the G1 Climax. Always a joy to watch, always a character to laugh with. Bless Yano, bless this goofball.

Chuck Taylor (ThumblySqueezed)
Originally more of a tweener act when AEW began, Best Friends have found their biggest success in the past weeks thanks to embracing the persona of their mouthpiece, “Kentucky Gentleman” Chuck Taylor. His doofy sincerity has given the team an identity, letting them believably try any dumb idea to take down Brandon Cutler on BTE or have Trent’s mom come out and pick them up from matches. Chuck’s down-home passion fit those moments perfectly while also letting him credibly fire up during the team’s feud with Proud & Powerful. He absolutely hurled himself around the ring while giving out (and taking) some of the most devastating hits during Best Friends’ win in their amazing Parking Lot Fight. With that 1-2-3 it felt like this Charlie Brown from Kentucky finally kicked the heck out of that football and I was eating it up. He can’t say it, so I will…that was some purely great shit.

View all posts by CiaranRH → 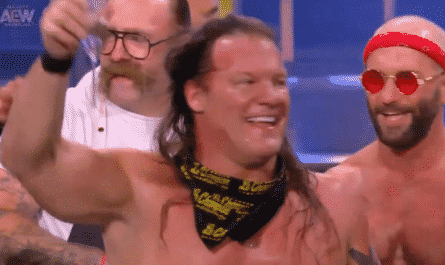