Skip to content
Around the Ring / Podcasts / Wrestling
ShareTweetPin ItShare

Welcome to Around the Ring, hosted by Floyd and Sydney!

On the 6th episode on WrestleJoy Floyd and Sydney discuss their top 5 things they loved from a HUGE! week in Pro Wrestling including the 2nd nights of the Great American Bash and Fyter Fest and the New Japan Cup Finals. With all that wrestling, the shocking thing that topped Floyd’s list that wasn’t from any of those shows.

Sydney has been a wrestling fan since 2009, with her first show she watched live being Summerslam 2009. Ever since then, she’s been watching wrestling on and off (mainly on until 2012-2014, when she discovered wrestling outside of WWE with ROH and NJPW) and eventually, fell in love with wrestling. She now considers herself a hardcore fan, and wants to share her positivity and love for wrestling in podcast form!

I am a wrestling fan of 30+ years and have been podcasting for 4. I was raised on the Southern Pro Wrestling of Jim Crockett Promotions, World Class Championship Wrestling, and Mid South Wrestling. I have attended 100s of events and made even more friends in the community. Cody is my favorite wrestler and that’s not changing

Floyd Johnson and JR Perez take a joyful look at the previous week in Pro Wrestling and give you their Top 5 moments from the shows and social media of your favorite major companies and indies.

View all posts by Around The Ring →

The Match Beyond: The Secret History of Blood & Guts

Around The Ring Podcast Episode 3

Was It The The Greatest Match EVER?: A Backlash Review by The Heavyweight Truth Podcast 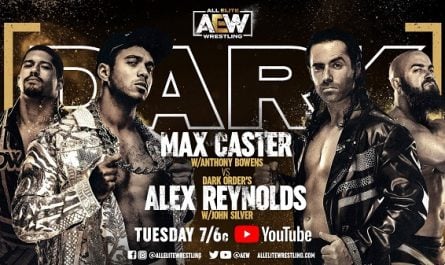 No Particular Angle: SHIDA: The Paladin